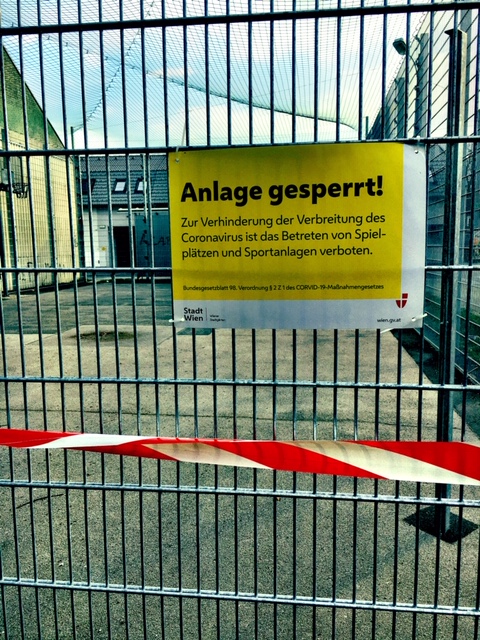 We hold these truths to be self-evident: normal life has been suspended; we are in a state of profound uncertainty; and this house has nearly reached peak Sudoku. The roads are indeed much quieter, pre-Corona enthusiasm for pointless consumerism is in remission and energy bills at home have rocketed with all the cooking, washing and streaming of YouTube videos promising to transform humanity’s existence. Yet the air smells cleaner, you can hear flocks of birds as they pass overhead and all companies are reviewing their office block leases to see how quickly they can be terminated as it is now apparent that working from your bedroom, cellar or kitchen table is suddenly acceptable.

As a member of the self-employed for more than twenty years, I have always had to live with a certain amount of professional insecurity. No holiday pay, no sickness cover (I have a private one which only kicks in after seven days of consecutive illness) and no regular, salaried income. The trade-offs, however, are many. No boss, no need to conform with some anodyne company culture which changes every five years (it doesn’t really change; only the waffle to describe it changes), no office or workplace politics. But it can be a lonely journey at times, although that feeling of being the master of your own work and the knowledge that all the money you are earning is for you and you alone (apart from the chunk you have to pay to those gangsters at the SVA – the social security authority for business people in Austria and the best money I have ever spent given the unique circumstances) is immeasurably satisfying. Yet professional uncertainty is part of the game and the work could dry up tomorrow.

Which it has. If you remember last time as we got to terms with the phrase “get a grip”, I mentioned that the Corona virus had been a boon to the English language teaching industry. Providing much to discuss during lessons to improve fluency which is how I make my living when I am not telling people to set themselves free and throw away their PowerPoint presentations. On the face of it, this was broadly true. For the first two weeks of March, work continued as normal, although social distancing, the non-shaking of hands and postponement of group hugs had already been practiced since the start of the month. However, my assertion had one minor flaw: the inextricable need to meet people face-to-face.

Since all non-essential work has been shelved for the foreseeable future (we are about to enter the fourth week), this means any attempt to extract discoursal benefit from the underlying psychological, social and economic effects of this very bizarre time has been effectively curtailed. Or so I thought. Given that the whole world is now conducting their business in little squares on laptops and other screens, I eventually found my way to a few online meetings via Skype. I am not a natural in front of any screen and do not really have a face for television (I am more suited to giant Panavision CinemaScope), yet I have persevered. And although it is a different experience than meeting in person (you lack some visual clues which are a critical when speaking face-to-face) and I sometimes still forget that the other person can see me, it has worked reasonably well. But to function it requires quite a high level of fluency from the client and then only on a one-to-one basis. Trying to maintain the communicative flow of a group of second language users is sometimes difficult when you are in the same room and so I have avoided this online pleasure for now.

Importantly, it allows me to continue to earn, although, like many people on this financial cruise ship, at greatly reduced levels compared to what is normally possible at this time of year (the life of the language teacher is like an ice-cream seller or professional Father Christmas; highly seasonal). Which is fortunate, because in the number one city and Austria, we have the Chamber of Commerce (WKÖ) comfort-blanket to about half a million small business operators.

The Austrian government promised swift action to ease the financial burden of English trainers and other gig economy purveyors after driving the economy over that cliff-edge (unless you are a supermarket) and they proved up to the challenge. Within two weeks of the schools closing and everybody discovering their passion for walking in nature and scaring away my Kingfisher, the WKÖ had set up the necessary system to facilitate application and payment – the so called Härtefonds (500 or a 1000 Euros depending on net income from 2017 or your most recent tax return).

This was not my first time getting to grips with financial assistance. In my first month at university, I managed to blow all my modest grant on beer. Curiously, given my evident potential as a safe investment with a head for high finance, my bank surprisingly took the view I couldn’t have another cheque book or another increase in my overdraft. So, faced with destitution, I had to take the difficult decision to apply to my college hardship fund. Worse, I had to take a part-time job as part of the kitchen crew at Pizza Hut.
Anyhow, back in the great Liesing (my district) Lockdown of 2020, the online hardship application was pretty straightforward, although the website crashed in the first couple of hours as these things are destined to do. So much so that I received an email on the Friday from the WKÖ when the process went live to plead with me to relax, have a Sprizter and wait a few days before applying. Tracking down the information I needed (tax and social security number, membership number for the Chamber and proof that I had never disparaged Vienna) were easy. But the KUR (small business code) was a slight hurdle, mostly because I never knew I had one, even after twenty years.

The first tranche landed in my business account a few days after applying and I am seemingly not alone, the social distancing rules notwithstanding. To date, about 90 million has been paid out and this says a lot about the ability of the government, the Chamber and its staff to work through the weekend (the first and only recorded time in the history of state employees in Austria).

The details of stage two funds will be announced after Easter which the Pope has still not cancelled. But broadly speaking it will be a maximum of 2000 Euros per month depending on “lost” income for April, May and June. How this will be calculated is, at the time of writing, unclear, but be assured any self-employed or freelancer who has not been declaring their real income these past few years and does not have access to a master forger, is in a bit of a financial pickle.

In the meantime, all we can do is wait and keep checking the clock to see if it is not too early to have a drink. Shockdown in the number one city is about to venture into its fourth week and there is still much to consider. I am not sure yet whether the capacity for staying at home will come to feature in future life quality surveys, but I suppose there are worse places to doing a family-based imitation of Julian Assange. The bigger question, however, is whether the city e-scooters will survive given they are the perfect transmitter for a global pandemic. Let’s hope not.