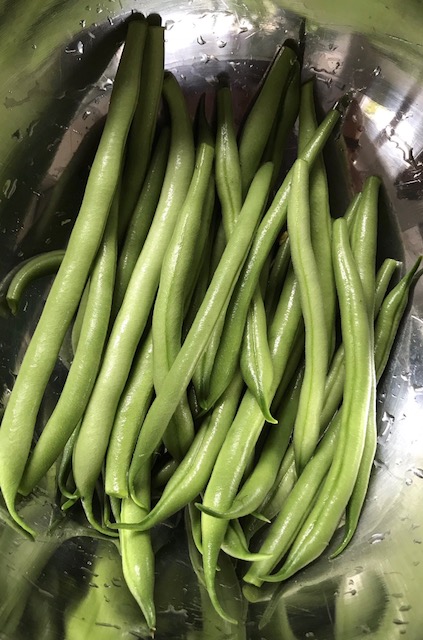 It is August, 2018, and the number one city is being held hostage by a Saharan weather system. Tourist buses filled with headphone-clad occupants throng the streets. Packs of slightly fatigued looking groups of people led by an upward thrust umbrella or a selfie-stick with a piece of ribbon tied to it, meander through the inner city taking photographs, listening to multi-lingual commentaries and filling social media feeds with numerous selfies and locations of outstanding architectural significance. Pavement cafes are bustling with coffees, beers, Aperols, Hugos and, for the careless, Austrian schnapps, a drink so potent that it has been known to first enliven, animate and then suddenly bring on a rapid sense of grievous delirium. It is a reaction more usually associated with a tainted batch of poppy latex in an opium den, although this time you will be sitting in the sun on the Graben being freaked out by the statue dedicated to the Black Death.

Take it from me, Schnapps is more dangerous than climate change, North Korea and fake news. It is the work of Satan and should never be imbued, certainly not sober and certainly not in this weather. More so as this week it is predicted the thermometer will top 38 degrees, a yearly high, coming off the back of weeks of intense summer already with all the usual accoutrements of horrifying fashion, records broken at the Freibäder and many dogs with their tongues hanging out. There was a slight drizzle Tuesday afternoon (7th August) which made everything smell nice, but the last time it really rained in my district was on the 26th July, a quite biblical inundation that had me in wondrous rapture. Although of late, as our drains and guttering struggle to deal with such spectacular deluges, there is also the minor niggle that our cellar is about to be turned into an indoor swimming pool.

Anyhow, I fret – and sweat – about these heatwaves because, as I attempt to bring on some vegetables, they give me the flimsiest of insights into what it means to be a farmer. In early spring I keep a careful watch for the subtlest changes, ready to plant seedlings, buy plug plants from the garden centre, turn the soil and plant out, all the while keeping a very close eye on the skies. Is it too cold? Is that the end of the frost? Have the cats pissed in the raised beds again? And of course the precipitation, the main reason why my Twitter feed is so seemingly obsessed with rain whilst the bulk of the population seem inexplicably fixated with the state of the Labour Party in Britain, the early morning tweets of an orangutan with nuclear codes and perhaps here in Vienna, the ongoing discussion about the impending ban on the eating of all foodstuffs on the underground line number 6.

Small digression: the U6 has been in the news a lot this summer due to the lack of air-conditioning, a tendency towards some guests to eat food and the seemingly essential problem that most of the passengers are, in the words of persons unknown, in need of a wash. So much so that a few weeks back they were handing out free deodorant although I can’t rule out that this was simply a marketing stunt by Wiener Linien. In any case, the current campaign, a return to the dubious and murky world of “nudge theory” featuring some cartoon sheep, is in full swing and intended to lay the groundwork for the full prohibition in September of anything containing alarmingly low constituents of real meat and stinking to high Himmel. Although even this is generating some controversy with accusations of racism given that badly behaved “Rudi”, the cannibalistic kebab eating black sheep of the animated herd, is black.

The U6 always comes in for a lot of criticism mostly because it gets so hot in the summer months. Also it is generally perceived as the most over-crowded line on the Vienna network. However, this is not borne out by statistics and passenger numbers broadly compare with other lines. The problem lies in design in that the carriages for the U6 only have three doors. This means people tend to crowd around the exits rather than moving further down into the extremities the carriage fearing being boxed-in at both ends (the “Sackgasse” effect). And so when a train pulls into a station, the exits are rammed, it takes people longer to get on and off and things are delayed conveying the impression that there are more people. Throw some re-constituted meat or reheated pizza into this mix then you can understand why anybody I know avoids the U6 whenever possible.

Anyway, back to the weather conditions and the pursuit of slugs. What I was trying to say was that once you become a gardener, you become keenly attuned to the effects of weather on your plants and in turn the idealistic notion that what you are doing is trying to self-sufficient. You read the signs looking for fatigue in seedlings and variations in colour and robustness. Did the seeds take? Are they flagging? Where are those bastard cats? Grass is perhaps the best indicator of the effects of climate (although it is best not to eat it) but by this time in the year after such extended periods without rain, you are probably better off just leaving it to go into summer shutdown. Unless, of course you have: a) no conception of the cost of watering and simply don’t care; b) no appreciation of the ecological implications of not caring about the costs; or c) a need to confront your inner sexual demons and fetishes. However, to offset the first two, and to save precious water, you could avoid having a shower for three months which I have just realised might explain the problem on the U6 – a devotion to lawn maintenance!

Another alternative when things get a bit parched is to rely on your Regentonne (water butt). We do have one, cunningly installed under a plastic piece of guttering, but over the winter it developed a defect. A concern in itself but more worrying is that if news of this hole-in-a-butt misfortune leaked out, it could do serious and lasting reputational damage to the status of Vienna as the number one city. And we wouldn’t want that.

And so in the heat there is only one thing for it. You could escape to one of the many open air pools but afterwards you will have to check into Vienna’s leading psychiatric clinic. The alternative is to head for the hills and go for a walk in the forests or along a shady path next to a river. And so up next we will explore the gentle art of walking for pleasure in and around the capital of cake. This will be followed by a couple of suggestions near enough to the city to really wander up and down a mountain – namely the Rax and Schneeberg in Lower Austria.

In doing so I hope you will learn that, yes, it is possible to walk with children whilst minimising the inevitable pre-walk-whinge. Why “Wandern” (essentially hiking, trekking or simply walking) is a sports’ clothing manufacturer’s marketing dream. Why Booking.com lies to you. And whenever you reach the summit of a mountain, whatever the weather and time of day, there is always somebody eating a Schinkensemmel (a ham roll). Until then, as the dog days continue unabated, I only have one thing left to say: beans (green).